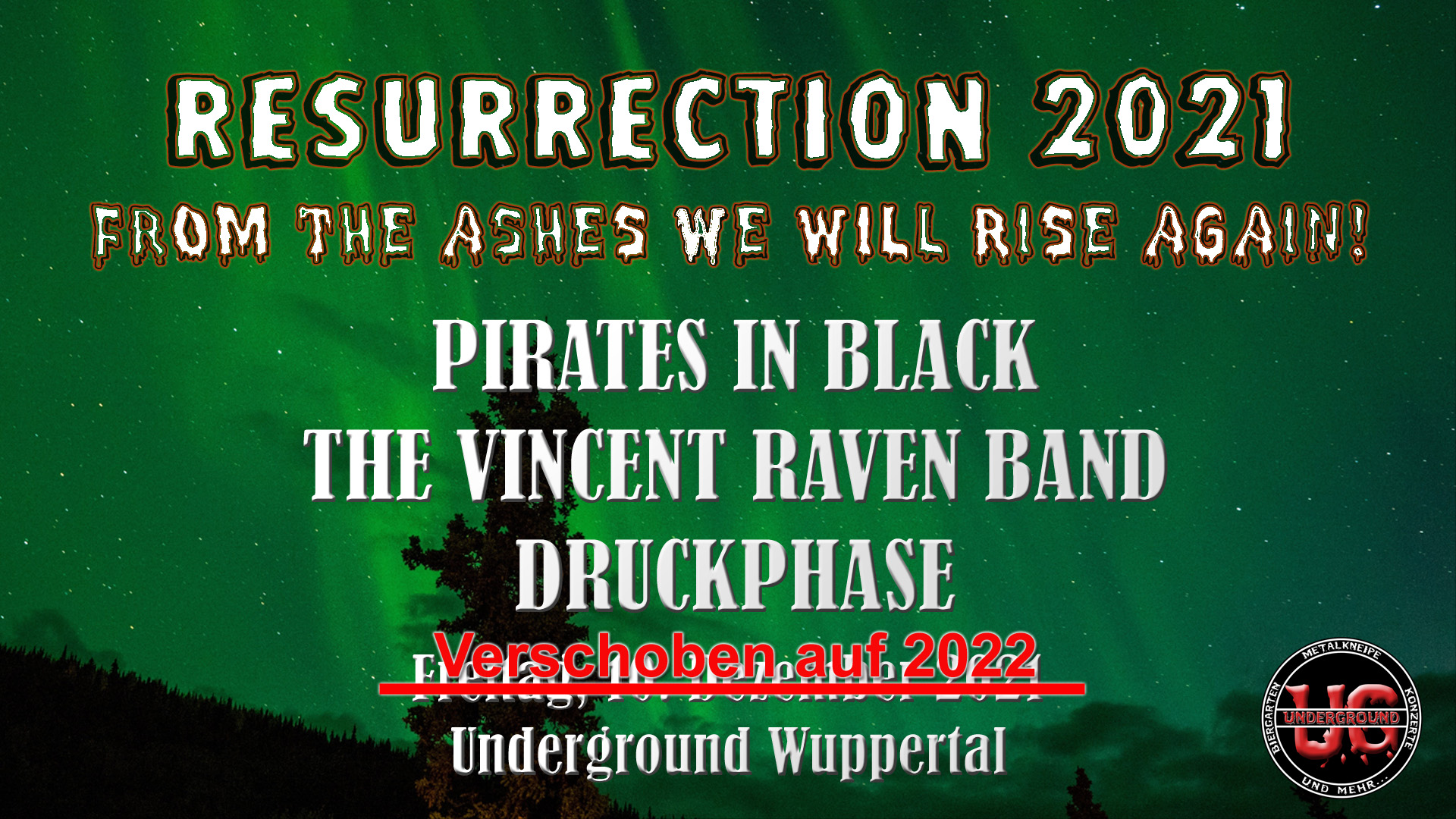 After a long and demanding period of postponing this gig over and over again it finally happend to take place!
To bloody rotten Pirates In Black burned down the stage of the Underground in Wuppertal. Together with The Vincent Raven Band from Krefeld and Druckphase from Cologne.

First in line were our friends of THE VINCENT RAVEN BAND. Dark, hard, and heavy sound. Pressure! Thrills!! And a lead singer who nearly killed us with his voice and performance! The crowd went wild from the first note, and didn’t stop cheering until the band finished their set.

After a short break the PIRATES IN BLACK entered the stage! Howling and growling! Devastating the stage with heavy chords, screaming guitars, and a drummer straight out of hell! No time to rest for the audience. And no mercy from us. It was such a great feeling to play live, again! Without any fucking restrictions. Just for pleasure. And we really played hard, and wild!

The crowd screamed for more! And – OMG(!!) – the final act DRUCKPHASE gave them everything they wanted, and MORE!!! Powerful Metal with German vocals! So much energy!!! Everybody was dancing, banging, screaming!!! And loosing their minds!

A great evening! A great show! Good vibes! And – thanks to the Music Master Roland from the Underground – a perfect sound!